The future of Prince Edward Island is dependent upon strong urban and rural municipalities, but if we want all parts of the Island be vibrant places to live, work and play then we must change.

The Federation of PEI Municipalities is calling on the provincial government to commit to working with municipal leaders and residents to update the current municipal system to ensure strong municipalities across the Island.

There are 63 municipalities in Prince Edward Island, but they only cover about one-third of the Island, and most are very small. More than one in every three municipalities has an area of less than five square kilometres.

Many municipalities are struggling with issues such as an ageing population, rural depopulation, growing public expectations, economic challenges, increasingly complex operations, and climate change.  These challenges make it even more important to have strong municipal governments.

Islanders are encouraged to start a conversation about their concerns for their community.  It’s time to talk to others in your community and decision-makers about what can be done to create strong municipalities across the province.  Call for action! 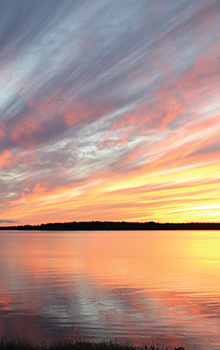 By working together we can find a province-wide solution that will ensure our communities are vibrant and strong for the future.